The Freedom High School Band is a comprehensive music program which includes 265 students in grades 9 through 12.  Course offerings include four concerts bands, three jazz bands, percussion, flute choir, and eurhythmics (Color Guard).  During the fall, all students are a part of the marching band, the Pride of the Patriots.

The bands at Freedom consistently earn “Superior” ratings at all music performances assessments (MPA) and has a high level of participation in Solo and Ensemble events as well as representation in all-county, all-state, and other honor bands.   Freedom bands perform actively throughout the community and have earned performance invitations including:

The band program benefits from outstanding parent and administrative support.  Emphasis is placed on the individual student musician, with the understanding that every student is important.
​ 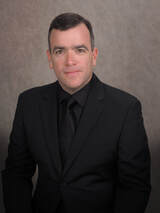 Michael Antmann is in his 20th year as a music educator, and his fifth as band director at Freedom High School. He earned his Bachelor’s and Master’s degrees in Music Education from Florida State University, and a Doctor of Education degree from the University of Central Florida. Prior to his current position, he served as the Music Resource Teacher for Orange County Public Schools, and as band director at Bridgewater Middle School in Winter Garden, Florida, and Swift Creek Middle School in Tallahassee, Florida.

Bands under Dr. Antmann’s direction have consistently earned superior ratings at Music Performances Assessments (MPA) and earned performance invitations including the 2004 University of Georgia Middle School Band Festival, the 2006 CBDNA/NBA Southern Division Conference and the 2011 and 2014 Florida Music Education Association (FMEA) conferences.  He has been awarded two Citations of Excellence from  National Band Association, the FBA Tom Bishop Award, Teacher of the Year, and the 2010 and 2018 OCPS/Kessler Grand Bohemian Excellence in Teaching Fine Arts Awards. He was also a national semi-finalist for the 2019 and 2020 Grammy Music Educator Awards.

​Dr. Antmann is an active member of both FMEA and the Florida Bandmasters Association, serving in multiple leadership roles. He is an instructor at and co-founder of the Florida Band Director Workshop in Titusville, which is an intensive and interactive workshop focused on conceptual teaching and band pedagogy. He is active as a guest conductor and clinician Florida, and has presented sessions at state and national conferences.

Charles Kelly is a graduate of the Florida State University where he earned a Bachelor's Degree in Music Education with a certificate in Special Music Education. While pursuing his undergraduate degree, he was a member of the concert band, symphonic band, swing machine, Marching Chiefs, Seminole Sound, and Brass Machine. He served as one of the drum majors for the Marching Chiefs (2015) and also led the indoor marching group Brass Machine (2014 and 2015).